Meet the people behind the groundbreaking Railveyor material handling system.

Railveyor is an innovation company that designs and manufactures ingenious, fully autonomous, emissions- and battery-free material hauling systems for underground and surface mining use. In real-world applications, the Railveyor Material Hauling System saves up to 80% over current system costs – and practically eliminates hauling carbon impact over traditional solutions.

Like many of the world’s most practical, enduring and successful technological innovations, Railveyor’s TrulyAutonomous hauling system solves what wasn’t even thought to be a problem – the high cost, danger and dirtiness associated with material hauling in underground and surface mining.

For many decades, inefficient, dirty and dangerous haulage was baked into mining’s DNA – perhaps simply because it had been practiced so long. It was long assumed that once material is gathered from a mine’s face, conveyors should haul it to trucks and trucks should haul it to the next stop in the transportation process. Never mind that the machinery used nearly every step of the way is expensive, labor-intensive, dangerous and needlessly damaging to the environment.

Each system is custom-engineered per site needs to achieve the ultimate in efficiency, safety and carbon savings. Railveyor systems have been installed and are in continuous use in the United States, Canada, South America and Kazakhstan. In every installation, we have helped drive significant OPEX reductions – as high as 81%. 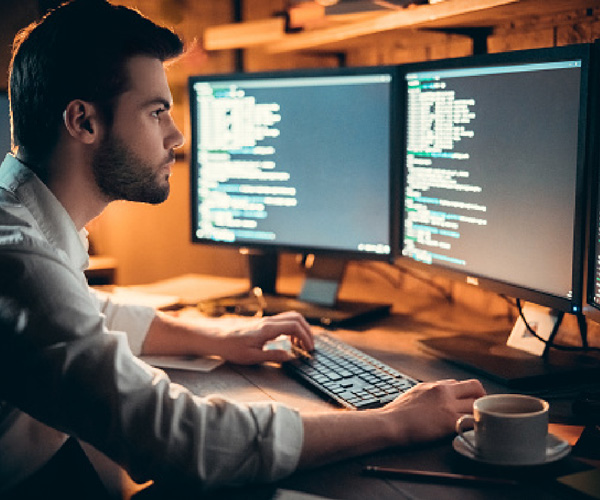 As Railveyor is 100% self powering, it provides a simpler, cheaper, greener and far more efficient solution than any traditional solution such as heavy rail, conveyor system or truck haulage, and is compatible with a variety of industrial applications, from mining to port terminals, industrial and agricultural to energy and beyond. 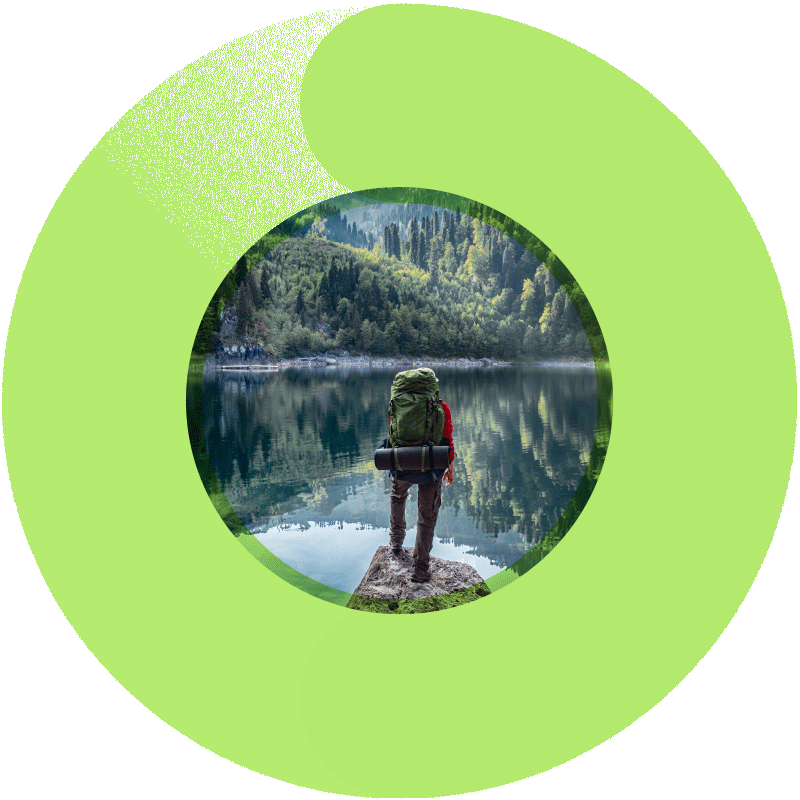 The Mission That
Drives Railveyor

Railveyor’s mission is to attract and retain clients by offering best-in-class material hauling solutions by becoming an essential part of their team and strategy through lowering costs while delivering genuine ROI. We are committed to developing a profitable and disciplined culture of safety, trust, and service. 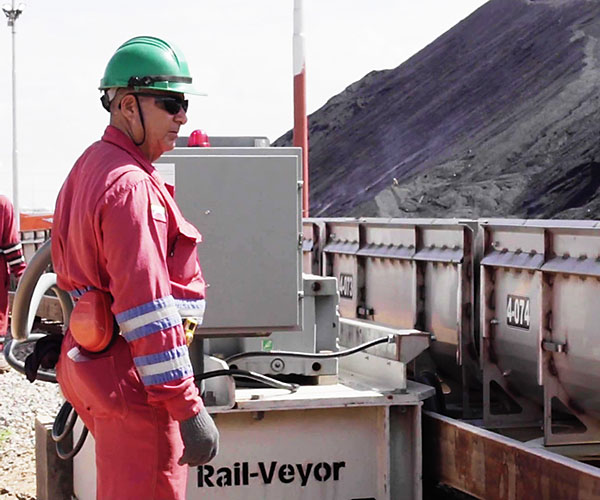 The Values We Live
and Breathe

The team Railveyor believes in developing safe, reliable, and environmentally safe material hauling systems for our customers, their teams, and the communities in which they operate.

Railveyor: A Dream Forestalled is
Now a Model of Mining Efficiency

At this writing in 2021, it has been over a decade since the first commercial application of the Railveyor system was installed at the Phakisa Mine in South Africa (2007). At that site, and at a growing number of other successful installations worldwide, Railveyor Materials Handling systems have hauled many millions of tons of material – making our client mining operations more efficient, cleaner and more profitable along the way. It may look easy looking back over our accomplishments now, but to suggest the road to Railveyor’s success was an easy one would be to ignore significant challenges overcome in the years between.

In fact, the development and commercialization of Railveyor was sparked and enabled by the perseverance of a passionate inventor, survived the tragic passing of an instrumental entrepreneur and was finally catalyzed by a tireless, inspired businessperson.

The first attempt to combine rail and conveyor technology in mine hauling applications was dreamt up at a French state railroad company (SECCAM) in the 1960s. Unfortunately, since the mechanical applications developed at that time required significant improvements and the sophisticated software that drives Railveyor’s modern system was decades from reality, the initial French experiment was destined for obscurity.

A seminal date came at the turn of the millennium when Michigan Tech graduate and engineer Mike Dibble secured a grant from the Florida Institute of Phosphate Research (FIPR) to build, test and demonstrate a system of his design called “Rail-Veyor.”

Although this “backyard” demo system was far smaller in scale than today’s fully commercialized applications, within a few trial runs it proved that the concept of combining rail and conveyors into a single system could remarkably improve energy efficiency in material transport.

Dibble’s academic efforts led to the world’s first commercial installation of Railveyor at Harmony Gold’s Phakisa Mine in South Africa in 2007 – which quickly proved successful, reducing operating costs by a third or more.

Around that time, Mike Dibble enlisted the aid of Canadian entrepreneur Risto Laamanen, who incorporated the business, secured global distribution rights and set up a second test site with Vale S.A. at the Frood Stobie mine in Sudbury, Ontario in 2008. More impressive results there led to a third site at Vale’s Copper Cliff Mine, which became operational in 2012. Tragically, just as the momentum of the business was gaining, Risto Laamanen passed away suddenly in 2009. His passing left majority ownership in Rail-Veyor Technologies Global to his family.

A relative of Risto Laamanen’s had worked with self-taught engineer and successful businessperson Jim Fisk at Electromotive Diesel (later acquired by CAT). As the Railveyor company sat in a state of uncertainty, Jim Fisk flew to Sudbury to observe the test site.

“When I first laid eyes on Railveyor and the engineers told me the energy it was using to move the payload, I didn’t believe them,” laughed Fisk. “I pulled out my calculator and ran the numbers. The result was still unbelievable – I thought I must have entered a wrong value somewhere. But I ran it twice more and the numbers checked out. I’ve been on board ever since, knowing that as good as the system was then – it could be improved and made even more efficient.”

A year later, Jim Fisk became Chairman of the Board of Railveyor. Since that time, multiple commercial applications have successfully been installed in sites as far flung as South America, Kazakhstan and Missouri. Along the way, the Railveyor team has tackled challenges at individual sites, adapting their processes to local conditions and further improving the product – see how in our Case Studies.

“The mining industry talks about how it pursues ‘innovation’,” says Fisk, “But often what they really mean is ‘continuous improvement.’ Traditionally, it’s about small, incremental changes that add up to a gradual progress, not truly revolutionary innovation.”

“Railveyor, as it exists now, represents a a true revolution in bulk material handling technology,” he said. “And that is not hyperbole. The savings we make possible can not only make mines significantly more more efficient and profitable – they can literally save some operations from closure. When you consider that materials handling can make up about 80% of any given mine’s operational costs – well, do the math.”

“And, we’re far from finished,” he continued. “We’re always looking for new ways to improve the system. The best way to find those opportunities is to closely partner with our customers, addressing their unique operational needs in practical, concrete ways that lead to real-world results. Of course, we always strive to go above and beyond and deliver unexpected improvements and surprising solutions.”

With its conceptual roots stretching back to a past when its developers were largely unaware of the challenges of the present, Railveyor is a big step into the future of bulk material handling for the mining industry – and likely other industries, as well. With decades of hard work and ingenuity applied to a novel system, Railveyor offers an ESG-friendly solution that dramatically improves efficiency and profitability. Contact us today to take that step into the future of material handling technology.

How Can We Help You

Questions? We would love to hear from you! Fill out the form and one of our experts will be in touch within 24 hours.